Showing posts from September, 2009
Show all

September 26, 2009
Good Saturday morning!! I just got this cute new Tilda with Strawberries stamp ( from the Lazy Days of Summer Collection ) but to go with my theme I covered up the strawberries with Flower Soft and made this a "blossoming" card for my 10 yr. old daughter. She's proving to be such a beautiful person on the inside and I just felt like letting her know how proud I am of her. {inside} Thanks for stopping by today ~ I hope you are inspired to Ink Something!
Continue Reading >>

September 22, 2009
Nickie is a brand new character that was released recently at Inky Impressions !!  I inked her up and followed this week's Mojo Monday sketch! I dug out my old SU! color, Marvelous Magenta--LOVE that color, especially paired with black and teal! I also dry embossed the magenta with the argyle embossing folder. I had to kind of turn my image layer, but you can still see the sketch here.  I water-colored Nickie and add lots of stardust glitter gellyroll pens for highlights to her scarf, roses, bows, button on shoe and of course her eyeshadow. It really doesn't look like this IRL. I have a light magenta color down first and then the clear glitter pen over it. Here's a close up, although it's not exactly what it looks like IRL either!! LOL. The light is shining right on the glitter here. It's really much more subtle than this.  Thanks for stopping by! Hope you are inspired to " INK SOMETHING !"
Continue Reading >>

September 12, 2009
It's BLOG HOP time with Inky Impressions ' eight [8] new releases!! If you didn't start this hop at Nicole's Blog , you'll want to go there right now and then follow along the hop, being sure to leave a comment on each of the inkettes' blogs! (Most or all will have a mystery surprise candy to offer one lucky commenter, including mine if you leave a comment AND click to follow my blog! Easy peasy!) Each blog will direct you to the next in line. If you did follow the hop, then you should've come here from Jenn's Blog . Here we go!! This first cutie is Cowgirl LiLi. Isn't she just the cutest little cowgirl ya ever did see?! I thought so, heehee. LOVE HER! This will be perfect for my 2 li'l cowgirls here at the Breach Farm ;) Next up is Scooter LiLi! She's so cute and "Sporty" lookin' isn't she?! Love this one as well. This one fits my girls as well as they LOVE all things that roll... skateboards, roller skates, bicycles. I wil
Continue Reading >>

September 05, 2009
I'd like to share this album I made a few weeks ago for Kelly, owner of KL Stampin' N Scrappin'. I've been on her design team since January this year and I've gotta say she is definitely one of the sweetest, most generous people I know. She's not just a boss, she's a treasured friend. I picked up this little chipboard flower album at Micheals one day and it kindof reminded me of her... maybe because she has sunflowers for her logo? LOL. So I thought it would be a neat idea to create an album of all her KLSNS Girls! Then, I thought it would be even MORE special if each of the girls could make up their own page and send to me and I could assemble it and send it off, however, I didn't have enough pages in the album and with the store being so far away, I couldn't just run down and pick up another (if they even had one!) SO, we did the next best thing. The girls each picked a favorite image they had from Kelly's store and colored it and then sent the
Continue Reading >>

September 02, 2009
Today's Inky Challenge Wednesday , and since this is Inky Mama's ( Nicole's ) birthday month, we are celebrating HER all month long! The challenge this week is simple... create a birthday themed card! So I used this LiLi's Birthday Cake stamp with my new Nesties (label 6 - love those).  I apologize for the bad picture... it was dark and it doesn't pick up all the glitter gellyroll pens I used on this :( I've also lost my glasses, is this blurry to you too?? LOL -Maybe I can get a better picture later in the sunlight. Anyway, Happy Birthday Nicole!!
Continue Reading >>

I pick You Some Flowers

September 01, 2009
For today's card, I used this cute Tilda with bike from the Lazy Days of Summer collection. The notebook paper is actually a die-cut ... already made to look like nb paper and had the Doodles already on it. I made up my own poem to go with this Tilda, and it reads: "I picked you some flowers on my way to school, cause you're my favorite teacher...really very cool! If you'd rather have an apple, or some other kind of snack, Tomorrow I will see what I can sneak into my backpack!" I first printed the poem on copy paper, then after I got the right size, I taped the little die-cut right over the spot on the copy paper and ran it back through and it printed perfectly! =0) Get crafty.... go Ink Something!  :)
Continue Reading >>
More posts 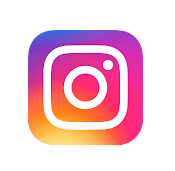 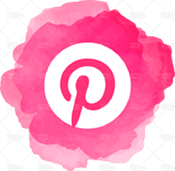 All content on this blog is Copyright ©Kristine Breach. My artwork is shared only for your personal inspiration and may not be copied, lifted, or recreated and posted online without credit to the designer, Kristine Breach. Thank you for visiting and I hope I inspire you to 'Ink Something'!